This edition also provides extensive footnotes, an appendix of rulers, and a lengthy introduction to Aeneass life and the context and relevance of this work. Creating East and West : Renaissance humanists and the Ottoman Turks by Nancy Bisaha Book 22 editions published between and in English and Turkish and held by WorldCat member libraries worldwide "As the Ottoman Empire advanced westward from the fourteenth to the sixteenth centuries, humanists responded on a grand scale, leaving behind a large body of fascinating yet understudied works.

These compositions included Crusade orations and histories, ethnographic, historical, and religious studies of the Turks, epic poetry, and even tracts on converting the Turks to Christianity. Most scholars have seen this vast literature as atypical of Renaissance humanism. Nancy Bisaha now offers an in-depth look at the body of Renaissance humanist works that focus not on classical or contemporary Italian subjects but on the Ottoman Empire, Islam, and the Crusades.

Throughout, Bisaha probes these texts to reveal the significant role Renaissance writers played in shaping Western views of self and other. Never before has your like been printed : the Nuremberg Chronicle of : an exhibition catalogue Book 2 editions published in in English and held by 9 WorldCat member libraries worldwide.

Renaissance humanists and the Ottoman Turks by Nancy Bisaha 3 editions published in in English and held by 5 WorldCat member libraries worldwide This dissertation is an intellectual and cross-cultural history of Renaissance humanist attitudes toward the Ottoman Turks. Although a considerable number of humanists wrote about the Turks, most scholars have either paid little notice to the subject, or have oversimplified the complex and meaningful rhetoric found in these texts.

Through close readings and analyses of a number of humanist texts on the Turks, this study will argue that the humanists developed an innovative discourse of the Turks and Islam that represents a formative moment in Western cross-cultural attitudes and perceptions of Self. Medieval concepts of Islam were generally informed and constrained by religious attitudes and rhetoric in which Muslims were depicted as enemies of the faith. While humanist thinkers of the Renaissance did not move entirely beyond this stance, Creating East and West argues that their understanding was considerably more complex, in that it addressed secular and cultural issues, marking a watershed between the medieval and modern.

Episode 4 – The Invention of Europe, with Nancy Bisaha – The Mirror of Antiquity

Chapter 4: The Renaissance: Art and 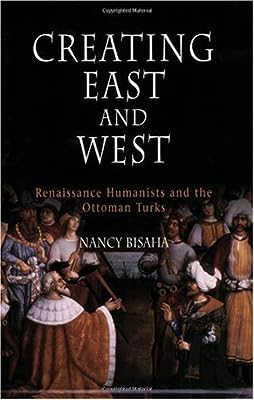